Transport for London proposed to construct a tunnel which will follow the line of the existing Emirates Cable Car under the Thames, comprising Twin bored tunnels for a dual carriageway, and pedestrian cross passages.

Soil Engineering were instructed to carry out a ground investigation at various locations from Silvertown to the Greenwich Peninsula which the existing Blackwall Tunnel Approach and areas around the Emirates Air Terminal.

The investigation comprised the formation of trial pits, boreholes, UXO clearance, geo environmental, and historic structural foundation investigation, including the in filled lock gates of the Royal Victoria Dock.

The works were undertaken in three areas simultaneously; at Silvertown and Greenwich Peninsula on land, and overwater on the River Thames via jack up platform.

Due to a large array of land uses and managing agents / owners associated with investigation, it required constant liaison with Mouchel and TfL, and on site consultation. Land liaison considerations included working within the AEG O2 arena areas on event nights, DLR controlled land, Cable Car operated assets, work on former gas holder areas, and a mix of light industrial use areas were all involved.

The risk posed by the legacy of unexploded ordnance from WWII, meant each borehole position was monitored down-hole for UXO as it was progressed to depth. A bathymetric survey undertaken and provided by the PLA was used to assist the positioning of overwater works.

• During the site works Soil Engineering had to alter and adapt logistics based upon available exploratory hole locations, and conform to specific land owner requirements.

• The highly experienced overwater drilling teams completed all works within the programme, with detailed interface between stakeholders, facilitating rapid relocation between holes. 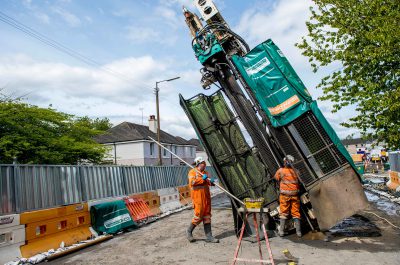 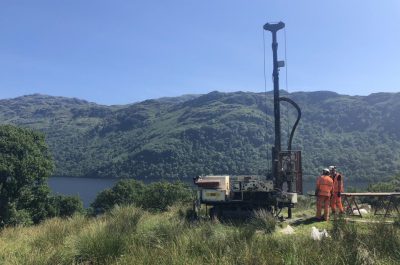 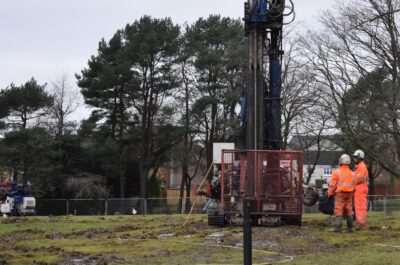